Jason Lolis, a longtime Storehouse client, shares his stories, recipes, and cooking tips on YouTube. Jason is an avid cook who uses his Storehouse groceries in creative ways in the kitchen. We recently spoke with him to learn more about his experiences and his cooking achievements. 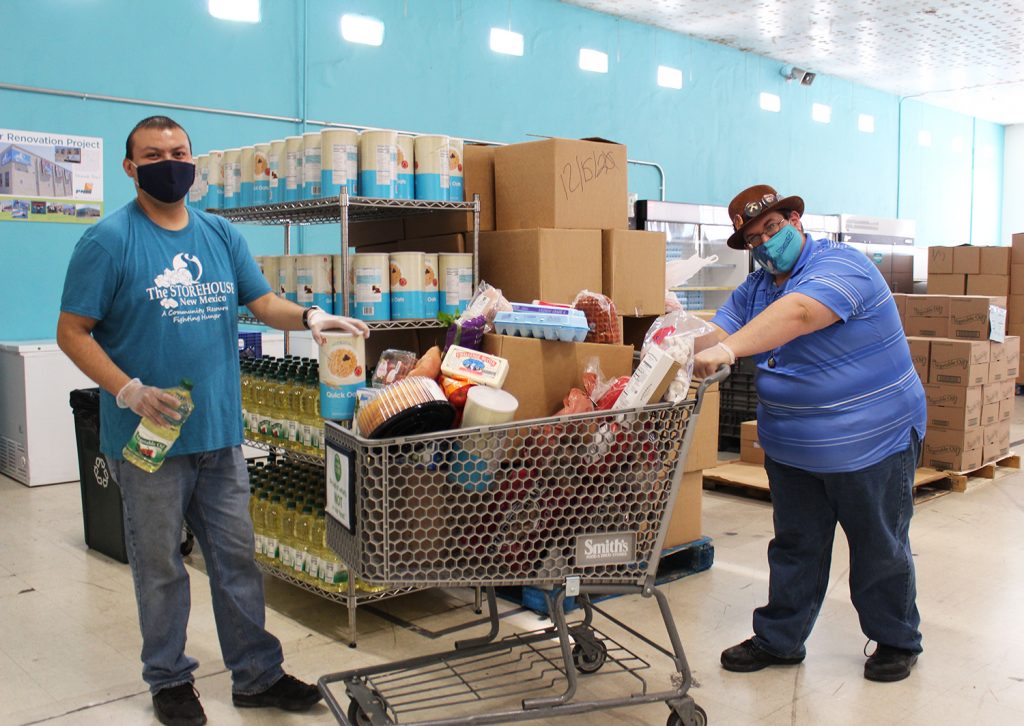 Jason’s Story: Coming to the Storehouse

Jason graduated from UNM with a degree in Political Science. He went on to work in the business world. Later, through a series of unfortunate events, Jason became disabled. That didn’t stop him from seeing the humor in all things around him. They say that a sense of humor is essential to life. Jason has that in spades and much more.

Living on a government stipend, Jason barely makes ends meet. He isn’t allowed to drive, so employment opportunities are limited. Fortunately for him, he lives within walking distance of the Storehouse. Of course, he also uses public transportation when he needs to.

In addition to food, Jason has received clothes and hot meals as part of Storehouse’s wraparound services. The friendly staff at the Storehouse make it easy to visit and access resources. It goes without saying that Jason appreciates the quality of the food he gets from the pantry. He has been especially grateful for the Storehouse’s support during the pandemic. Obviously, the pandemic has caused food prices to climb and availability has been limited. Our Storehouse clients, like Jason, are grateful for the variety of foods we can provide.

Before the pandemic, Jason remembers when the Storehouse distributed recipe cards for the items that the pantry gave out. Unfortunately our current safety practices don’t allow for that right now, but Jason never forgot it. He felt recipes were helpful and showed families how to create great meals from a variety of ingredients.

In response, Jason took the situation into his own hands, creating his own cooking channel. Sharing recipes on YouTube, 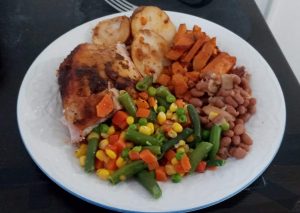 he teaches people to cook delicious meals with items straight out of the Storehouse. He demonstrates recipes and tells jokes to engage his audience.

Recently, Jason realized that his true passion is cooking. He says, “If I could go back in time, I would’ve gone to culinary arts school.” Cooking meals is often his favorite part of the day.

The YouTube channel Jason set up features a lot of creative recipes. One video is about a breakfast dish he made up that he calls “Egg Dogs”, a mouthwatering sandwich filled with a cheese omelet and hot dog. In another, he provides a step-by-step 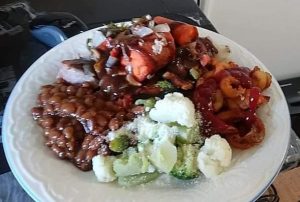 guide on how to make a turkey. The videos are for aspiring home chefs of all skill levels. Jason takes the time to describe the differences between slicing, dicing, and mincing. He even shares the cost of his meals. Most importantly, his videos are honest and funny. Jason isn’t afraid to share his jokes or his struggles. His humanity makes cooking feel personal and achievable.

If you need some dinner inspiration, cooking tips, and a good laugh, Jason’s videos can be found on YouTube under Jason Lolis, or on his Facebook page @Jasonscookingchannel.